We all make friends, in lots of different ways. Some of us make loads of friends… and others just a few really good ones. You know lots of people… two legs and four… and probably know more than anyone really… But I bet you don’t get a chance to make many friends. Except with the elves and Rudolph and co. Because you never stay in one place for very long, do you?

Anyway, you know my two-legs isn’t very well? Well, one of her friends isn’t either and they have both been working hard to feel better. I like Mary, ever since she helped rescue me from a fate worse than death… the dreaded Christmas antlers. They may look good on Rudolph, but not on a dog.

So, three years ago. Mary wrote to me about a Christmas very far away and a bit long ago… We had a lot of letters that year, so in case you missed reading it, I thought I would share it again… It might cheer her up to know that you and I are both thinking of her today.

A Christmas letter from Mary Smith

Dear Ani,
I really hope you don’t have to wear the reindeer antlers again – it’s not a good look for a small dog, or any kind of dog really.

I haven’t written a letter for Santa but I did write an article about Christmas in Karachi, Pakistan’s largest city where I lived for a few years. It has some animals in it, though no dogs – no reindeer either. I hope you might enjoy reading about Christmas celebrations that are more than a little bit different.

Christmas in Karachi always crept up, almost without warning and not only because of the warm, sunny weather.

Without weeks of outrageously priced toys, aggressively advertised on television, we were spared coping with yard-long lists of ‘must-haves’. There were no Christmas carols blaring, no two-hour queues outside Father Christmas grottoes. Actually, Father Christmases were a bit thin on the ground. But, they were there.

Jawad, a friend from Afghanistan answering the knock at our door, promptly slammed it shut. “They are pagal – crazy – or they are dacoits,” he cried in alarm. ‘Don’t open the door. They might be dangerous.’ Peeping through the screen, I discovered three carol-singing Santas. Complete with white beards, thick red suits and boots, sweat poured off them as they sang about midwinter snow scenes and moaning frosty winds. Karachi children have never seen as much as a snowflake. No wonder Jawad suspected insanity.

We usually attended the midnight mass held by the Franciscans in the grounds of the Friary. Some of our Muslim friends joined us and were made welcome by the Franciscans and the congregation. Their Nativity play, performed by local children and live animals, always reinforced the adage ‘never work with children or animals’.

The first year, Mary’s donkey, digging in his heels, refused to be led into the stable. A couple of Franciscan brothers finally tethered him outside when the beating he received from a flustered Joseph had no impact. Mary dismounted, the infant Jesus dangling precariously from her arms. Unsettled by his treatment, the baby began to scream. Mary, at first showing all the requisite qualities of loving, maternal concern, tried to soothe him. When this had no effect, her Madonna-like calm vanished and she shook Jesus quite vigorously. He screamed louder, drowning out the priest’s words. In a temper, hitching up her robes, Mary strode across the compound to return the Christ child to the arms of his – by now rather frantic – biological mother.

In the ensuing peace, the next reading began. The congregation pretended to ignore the goat. He was single-mindedly chewing through a guy rope holding up the canvas pavilion which formed the stable. No one, however, could ignore the donkey. The priest had only managed the first few verses before the donkey which, with an unmistakable erection, began his braying love song. Shoulders shook as the congregation tried to stifle its laughter. When Mary, in ringing tones, crossly told the littlest angel, whose wingspan was equal to that of a golden eagle, he had got his lines wrong, everyone including the priest, cracked. The Christmas message was delivered amidst peals of laughter.

The following year, the Franciscans dispensed with both donkey and baby Jesus. The shepherds, however, brought their sheep. These were rather special. Small, white and very fluffy, looking like expensive cuddly toys they were sold on the street corners on one of Karachi’s fanciest shopping streets.

The shepherds, following the star, their sheep led on lengths of string, processed across in front of the congregation. Shepherds number one and two managed without mishap. Number three thought he had. Unfortunately, his sheep had fallen over and was lying on its back, legs in the air.

Realising he was meeting with some resistance, but without looking back to see what the problem was, the shepherd tugged hard on the string. The lamb, bleating plaintively, was dragged slowly along. The giggles of the congregation erupted into gales of laughter. The five-year-old shepherd, at last tearing his gaze from the star, paused to glare at the audience. His expressions clearly said, “This is not the time for laughter. This is serious stuff.” With a last desperate tug on the string, he and the hapless sheep exited stage left.

Once again, the Christmas message was delivered amidst delighted laughter.

Mary Smith has always loved writing. As a child she wrote stories in homemade books made from wallpaper trimmings – but she never thought people could grow up and become real writers. She spent a year working in a bank, which she hated – all numbers, very few words – ten years with Oxfam in the UK, followed by ten years working in Pakistan and Afghanistan. She wanted others to share her amazing, life-changing experiences so she wrote about them – fiction, non-fiction, poetry and journalism. And she discovered the little girl who wrote stories had become a real writer after all.
Drunk Chickens and Burnt Macaroni: Real Stories of Afghan Women is an account of her time in Afghanistan and her debut novel No More Mulberries is also set in Afghanistan.
Mary loves interacting with her readers and her website is www.marysmith.co.uk.

For these, and all Mary’s books, please click the links or visit her Amazon author page.

Donkey Boy and Other Stories

Shot through with flashes of humour the stories here will entertain, amuse, and make you think. Mary Smith’s debut collection of short stories is a real treat, introducing the reader to a diverse range of characters in a wide range of locations. A donkey boy in Pakistan dreams of buying luxuries for his mother; a mouth artist in rural Scotland longs to leave the circus; a visually impaired man has a problem with his socks; and a woman tries to come to terms with a frightening gift – or curse.

“What a little gem this book is. There’s a super variety of stories packed with atmospheric and entertaining writing containing both pathos and humour. Mary Smith manages to convey clear and distinct voices for each of her brilliant characters, from a Pakistani boy to an elderly Scottish woman. What I liked so much about every one of them is at I felt I knew them instantly and understood them completely but without the author imposing her own judgement on them as they make their way through life… I found Donkey Boy and Other Stories a moving, engaging and beautifully written collection that has the ability to touch the reader, make them thankful for their own life and to make them think. I’m delighted to have read it.” Extract of a review from Linda’s Book Bag. 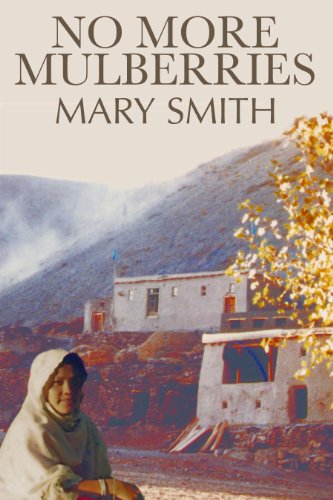 Scottish-born midwife, Miriam loves her work at a health clinic in rural Afghanistan and the warmth and humour of her women friends in the village, but she can no longer ignore the cracks appearing in her marriage. Her doctor husband has changed from the loving, easy-going man she married and she fears he regrets taking on a widow with a young son, who seems determined to remain distant from his stepfather.
When Miriam acts as translator at a medical teaching camp she hopes time apart might help her understand the cause of their problems. Instead, she must focus on helping women desperate for medical care and has little time to think about her failing marriage. When an old friend appears, urging her to visit the village where she and her first husband had been so happy. Miriam finds herself travelling on a journey into her past, searching for answers to why her marriage is going so horribly wrong.
Her husband, too, has a past of his own – from being shunned as a child to the loss of his first love. 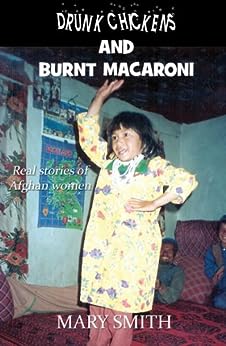 This book offers a remarkable insight into the lives of Afghan women both before and after Taliban’s rise to power. The reader is caught up in the day-to-day lives of women like Sharifa, Latifa and Marzia, sharing their problems, dramas, the tears and the laughter: whether enjoying a good gossip over tea and fresh nan, dealing with a husband’s desertion, battling to save the life of a one-year-old opium addict or learning how to deliver babies safely.
Mary Smith spent several years in Afghanistan working on a health project for women and children in both remote rural areas and in the city of Mazar-i-Sharif. Given the opportunity to participate more fully than most other foreigners in the lives of the women, many of whom became close friends, she has been able to present this unique portrayal of Afghan women – a portrayal very different from the one most often presented by the media.